A Tortoise in the Road

June 2, 2002, is an ordinary day for a handful of strangers driving through the desert when a tortoise crosses the road, resulting in a horrific automobile collision. Flash forward a few years, and Blake Morgan, a reporter who covered the collision, is assigned to provide an update on the survivors for a human interest story in his newspaper. He discovers that things have gotten worse for the survivors: one has terminal cancer, another ALS, and a young woman who had been rendered quadriplegic has fallen into a deep depression. All of them have lost their will to live and seek a permanent end to their suffering. Their struggles over this moral and legal dilemma are profound. Staggering medical costs, anxious heirs, government, and religion all tug at their choices. And should it even be their exclusive choice to make? Blake will eventually be forced to confront his own beliefs about the “Right to Die” debate when, years later, he is asked to help a dying friend.

With one of the most compelling narratives in contemporary fiction, A Tortoise in the Road is a bold and thought-provoking work that artfully explores the emotional, legal, and moral controversy that surrounds assisted suicide today. 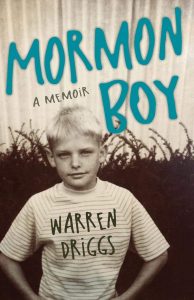 “I saw some parents at Liberty Park who were chasing their kids around. The dad was smoking a cigarette and I had such overwhelming pity for those poor kids because I assumed their dad must have been a terrible person, and it only stood to reason that he was an awful father who didn’t love his children. I was able to quickly deduce all this because he was smoking. I watched him push his kids on the swing, wondering when he might push them too far, something only a wicked person would do.”

Mormon Boy is an unforgettable peek into the world of a young Warren Driggs—his wonderful family, his loving parents, nine siblings, and a supportive, tight-knit community. What could possibly be wrong with that?

This honest, heartwarming, and at times hilarious coming-of-age-and-out-of-religion memoir will leave you laughing, smiling, and cringing until the last page. Swimming in Deep Water is a novel about the incredible life of Joseph Smith, architect of the most popular religion ever born on American soil. He was murdered at age thirty-nine in a bloody gun battle while holed up in jail. Before he was gunned down, he had written the Book of Mormon, met with a variety of angels, rediscovered the Garden of Eden, and was candidate for President of the United States. He amassed a huge following, but he swam in deep water; narrowly dodging a firing squad, declaring bankruptcy, secretly marrying forty women (some of whom were already married), and anointing himself King. 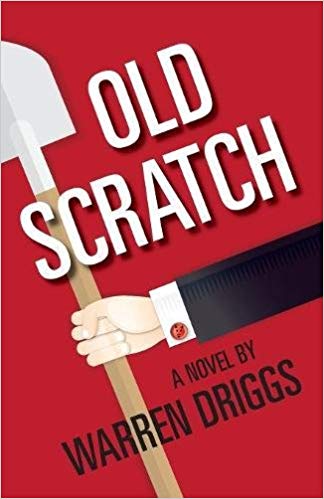 The rich and powerful Senator Ken Lawson has just been reelected. Handsome and charming, his political agenda caters to his biggest donors – conservatives fighting bitterly against stubborn liberals who oppose free enterprise. His wife’s family has bankrolled his career and despite her tedium with him, they have dreams of even greater political glory for Ken. But those dreams are shattered when two bumbling criminals accidentally see him in bed with the beautiful wife of his largest donor on the afternoon she is murdered by a blow to the head with a shovel. They devise a comically amateurish blackmail scheme against him. Unfortunately, it backfires. Fearing for their lives, they go to the police. When Ken is arrested for Chelsea’s murder, he reluctantly admits to his affair with her, but denies he’s the killer, in spite of considerable evidence against him. Lawson’s murder trial has one shocking revelation after another, and justice is ultimately served in unsuspecting ways.

The tale is narrated by the devil, Old Scratch himself, who observes the colorful cast of characters with utter bemusement. He is happily amused at the behavior of these characters and how easily they are ensnared by the Seven Deadly Sins: Lust, Gluttony, Greed, Sloth, Wrath, Envy, and Pride.

With a wry and satisfying tale of murder and mystery, OLD SCRATCH is a rollicking good read that will keep the pages turning until the Devil ultimately gets his due.